His experience includes over 200 days of business litigation trials. Jonathan is also a strong tactician who uses motions and discovery to shape litigations in progress. He is a highly skilled and pithy draftsman. For important motions, he is adept at quick but penetrating case law research. He prepares depositions with a battery of documentary exhibits and studied cordiality.

Jonathan is “cloud-based” and highly literate with law-firm software. While he is still is capable of 7-day weeks, with 24/7 availability for shorter periods of time, Jonathan welcomes a less strenuous schedule as the norm.

Law Offices of Jonathan Stein, P.C. 1992 to present.
Complex business litigations (7- and 8-figures) in over a dozen states, on myriad business topics. Usually representing plaintiffs on an hourly basis, Jonathan habitually litigates against 10 to 20 lawyers, often alone; and has won over 90% of his cases.

Mid-seven figure securities litigation. Won summary judgment motion brought by defendant under a variety of technical securities law doctrines and federal evidentiary rules. Jonathan did so by reconfiguring all of the discovered evidence in the case, to avoid FRE 408 and 403 doctrines against the use of many SEC consent decrees. The “win” lead to immediate and favorable settlement in favor of well-known former Hollywood Studio CEO.

Intellectual Property Theft case, USDC Southern District of Iowa and Eastern District of Louisiana. Mr. Stein represented Plaintiffs whose computer software for the casino industry was stolen by a competitor. The case ended in 7-figure settlement with Midwest casinos that used the competitor’s software and the competitor was driven into bankruptcy.

Trade secrets action for F500 corporation in federal court. Initial complaint and computer expert forensic review of new employee who allegedly brought with him trade secrets from his former employer and a competitor to the F500 corporation.
Initial complaint for private equity fund which finances international VOIP receivables. Trade secret lawsuit quickly settlement against a former officer of the fund, who started a similar company based in London.

7-figure Hotel investment fraud action in San Jose, CA. concerning a highly successful hotel built across the street from Apple corporate headquarters. The defendant developers treated plaintiff’s investment as if it was a loan to avoid paying out phenomenal returns. A confidential 7-figure settlement was reached.

Avoiding foreclosure on $15-million home in Orange County. Mr. Stein sued the foreclosing bank on behalf of the homeowner, stopping foreclosure for three years and allowing construction to finish, among other things. A settlement reduced the 8-figure loan amount.

Employment Agreements for two “mutiny-ing” creative executives. Helped Charmain and CEO of a Hollywood creative advertising firm to squash “mutiny” by its leading creative executives, without losing them. Over one year spent to successfully bind them to long-term employment contracts with Company, avoiding any litigation.

Multiple Inter-related Bankruptcy Litigations. A chain of litigations in Idaho, Washington and California were resolved with resort to a Chapter 11 bankruptcy. Mr. Stein represented the properties’ developer, who avoided personal guarantees on 8-figures worth of real estate developments.

Litigation and Sale of Mississippi Land-based casino. Mr. Stein represented the casino owner, who unbeknownst to others was terminally ill. During litigation with investors, a sale was arranged to a “white knight”. With Mr. Stein’s help, the closing occurred several months before the owner’s death.

Lengthy trial of a real estate partition action. Mr. Stein represented the former husband and proved that his name was forged on a title document. A favorable 7-figure settlement was reached before the punitive damages phase.

Beverly Hills Bar Association Litigation Awards Dinner. Mr. Stein was Dinner Chair and Master of Ceremonies for its first seven years for the, the second largest of over 225 events staged annually at BHBA.

Feb 2011, BHBA, “Stars of Litigation V: Advanced Cross-Examination Techniques and the Appropriate Use of Objections” 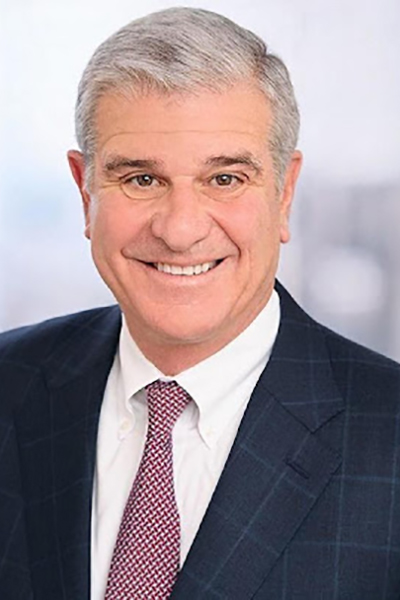